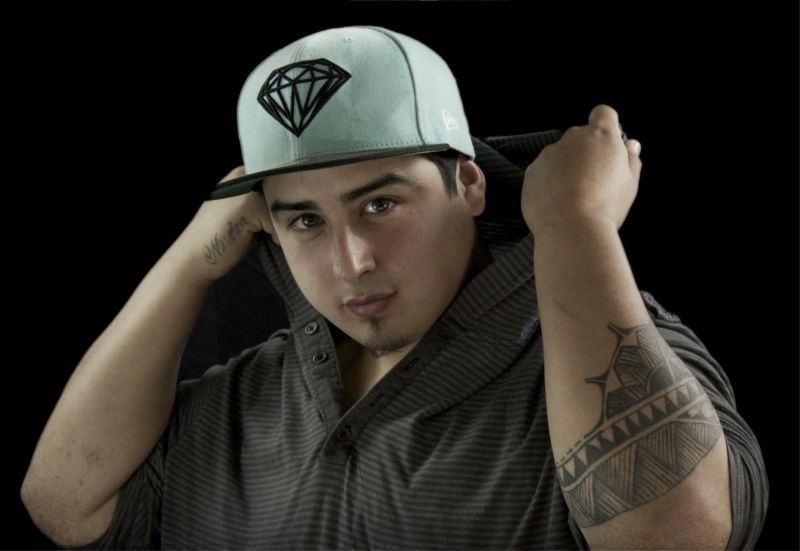 DJ Manny Maze is ready to take Tahoe’s EDM scene to the next level.

Like with any interview, I feel it’s important to start off with a heavy-hitting question, one that really gets to the heart of what it’s like being in my subject’s shoes.

“So, what do you get thrown at you most?” I prod, “bras, panties, or rotten tomatoes?”

Jose “Manny Maze” Meza doesn’t miss a beat.  “Ok, it’s a little bit of everything.  It’s the bras, it’s the panties…. then I have my girlfriend backstage throwing the rotten tomatoes to the girls who are throwing that stuff at me.”

I know he’s kidding, but I entertain the idea anyway.  There’s just something I find amusing about the thought of projectile undergarments at an EDM show, especially in juxtaposition with expired produce. 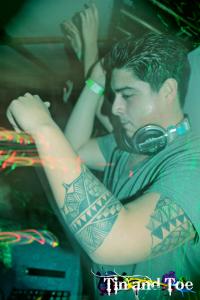 Jose is an upbeat guy with a surprisingly extroverted demeanor.  During our interview I find our conversation is effortless and feels more like an enthusiastic exchange of verbal high-fives than a serious discussion. But serious is exactly what he is about his burgeoning career as an EDM DJ and music producer. He’s passionate about what he doea and scrupulous in his craft.  It’s a combination which has no doubt proved useful, if not essential, in his musical pursuits.

EDM, in case you’ve been living under a rock for the last few years, stands for electronic dance music. Dubstep, house and trap are a few styles which fall under the umbrella of EDM, all of which collaborate to convey Jose’s own unique style. In order to help me better understand his music, Jose directs me to his Soundcloud account. We click on a track and he begins to break it down for me.

“Hear that?  That’s trap.”
“Isn’t that heavier than dubstep?”
“That’s a good question.  Dubstep is pretty dirty.  But heavy?  I like heavy.”
We move onto another mix.
“Now that’s hard style right there. It’s the same tempo as dubstep, but you hear more. I used Jay-Z on the vocals for this. Ready, watch… this is the bridge to the next trap drop. I’m using two different genres in this song. Hard style and trap.”

He completes his sentence just as the drop arrives. This is the point where – say at a club – people are expected go wild on the dance floor or spontaneously explode.  Maybe both.

My crash course in EDM 101 is intense, and I struggle to keep up with Jose’s references to “BPM” (beats per minute) and “darkplur” (a subgenre of EDM). However, I recognize a few name-drops as he discusses artists that inspire him. EDM pioneers such as Bassnectar, Porter Robinson and DJ Snake are a few that Jose has had the privilege of seeing live. And who can forget DJ Snake and Lil John’s collaboration on the synapse-rattling hit ‘Turn Down for What’, which not only took over radio waves but dominated YouTube with it’s morbidly fascinating music video.

According to a report issued by the International Music Summit, the EDM industry is worth 6.2 billion dollars and is currently the fastest growing mainstream music genre in the world. Revenues from festivals alone netted in at over a billion last year. And while mainstream EDM artists are certainly earning a killing (Calvin Harris’ net worth ranks at a piddly $46 million), it’s young DJs like Zedd and Nicky Romero who are showing the highest margins of growth on social media. Indeed, it looks like the EDM wave is still swelling and DJ Manny Maze is paddling in at the perfect time.

Jose’s musical start began at the ripe age of 13. This leaves me slack-jawed. “Yeah, I was using the loops they had in there.” He chuckles at my surprise.  “I got bad grades due to my high level of attention to DAW music software.” 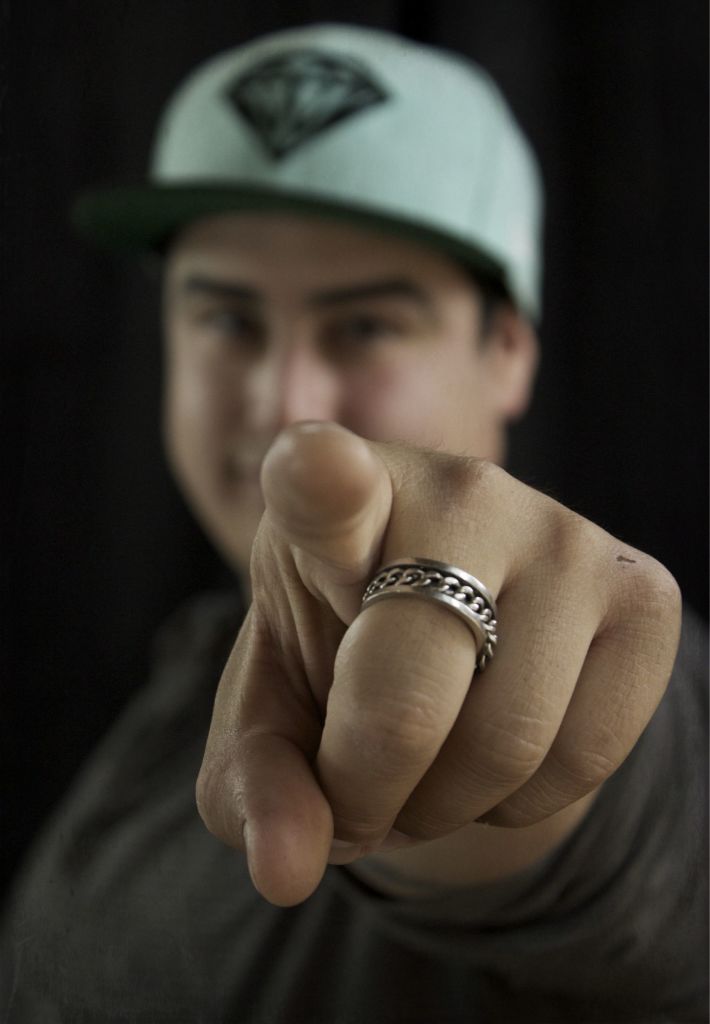 “Indigo Labels, baby!”  Jose laughs as he recalls the memory. “I remember that, man. Honestly, I was just trending. In high school, the thing was the rap. It was all about the Bay Area style. Wearing the girbauds, you know, the jeans with the tags on it. It was kinda gangster. It was the hyphy movement. And that was trending, so I kind of got into it.”

Jose admits he was into producing hip-hop beats before transitioning to EDM, a move that was inspired by a Bassnectar show he attended while in high school.  “That show changed my life.”

His big break in Tahoe’s EDM scene, however, came when he hosted a ‘Pray for Snow’ party a few years ago.

“I swear, everybody from Tahoe was there!  It was the funnest night!  I thought ‘Oh my god, there’s so many people here right now’ – you can can feel the heat, and the energy. When I was on the stage I never had the chills so much in my life. The crowd went nuts after every drop. And I honestly felt like the time was so short. I was up there for two hours and thought ‘Dammit!  I wanna play more!.’”

And what about playing to an empty room?  “I’ve played for a crowd of two before, and it was awesome!”

While Jose considers himself both a music producer and a DJ, he’s often mistaken for serving as only the latter.  “[What I get the most] are the song requests — the girls who shimmy up and are like ‘Can you play this song for me?’  [And it will be] Taylor Swift, and I’m like ‘I’m playing EDM’! Sometimes it’s hard because you don’t want to become a wedding DJ.”

As far as the local EDM scene goes, Jose believes he has an advantage.  “There’s a lot of great producers in Tahoe, most of whom are my friends, but I’ve been in the game for a while. I mean, I started when I was 13 years old.”

Despite being in the industry for almost a decade, he’s always looking for ways to improve. “The learning process, well, it’s been a long journey, I mean, honestly, I’m still not 100%, especially with what a perfectionist I am.”

So what does the future hold for DJ Manny Maze?

He admits his career is still in its infancy, but it’s easy to tell he has every intention of taking it as far as it will go. He recently petitioned to perform at SnowGlobe, and since our interview he’s signed on with an indie record label. 2015 is showing promise of things really taking off — he’ll be releasing his EP ‘Labyrinth’ on January 12.

So keep your ears peeled and those LED lined rain jackets on hand.  You don’t want to get hit by any of those bras, panties, or rotten tomatoes, do you? 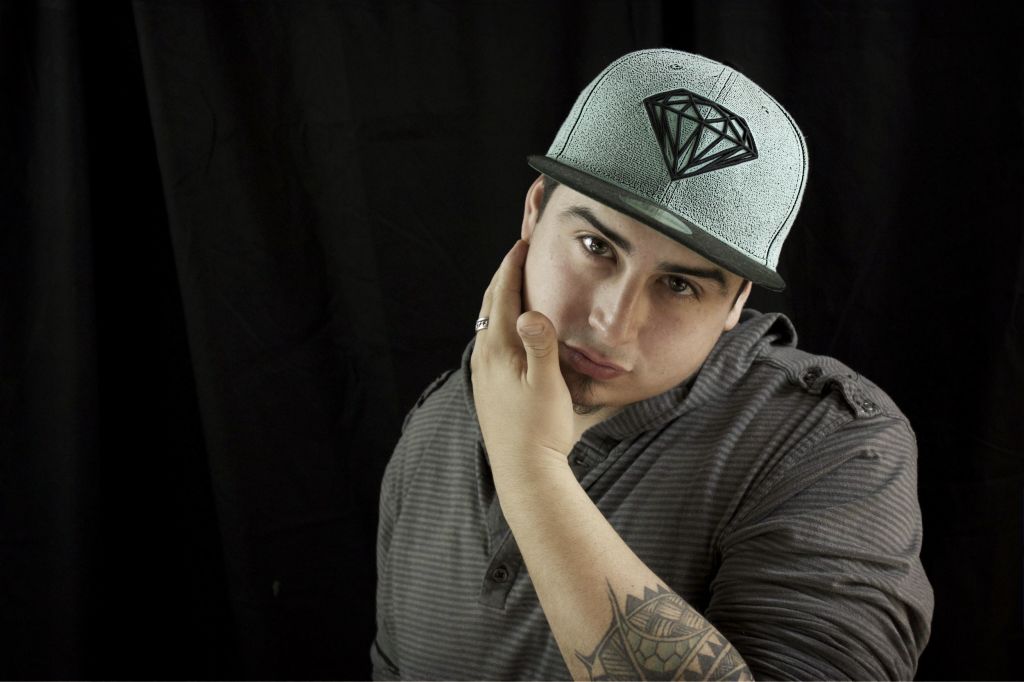 To learn more about DJ Manny Maze and listen to more of his music, head on over to his:

Why You Should Get the F* Out of Tahoe.

Warning: This article contains strong language. If the abundant use of f-bombs makes you uncomfortable then please refrain from reading. —By Laura Van Jangles— A wise...
Read more
Adventure

By Jesse Plate— I've lived in Tahoe for a year and a half. In most comparisons with my former hyper-urban residences (Boston and New York...
Read more
Lifestyle