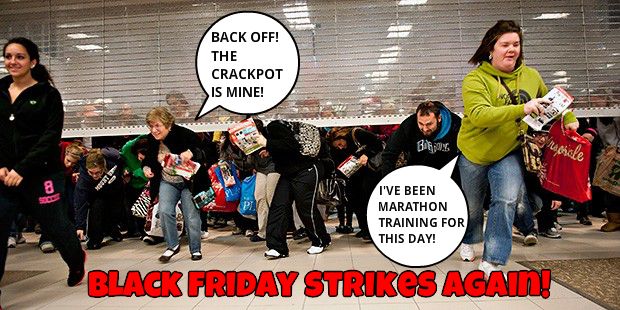 ‘Tis the season to get trampled on by deranged shopaholics who don’t value a good night’s sleep or their dignity.  A jubilus holiday where exorbitant materialism is not only condoned, but encouraged, as well as delinquent behavior such as pushing over the elderly in order to get your hands on that Furby toy.

Unfortunately, in order to partake in any of this debauchery Tahoe folk are forced to tread down the hill to either Carson City, or if they’re feeling ambitious, Reno.  It seems no one cares to rise at the crack of dawn in order to join the nonexistent line that wraps around Staples or Kmart.  Aside from no deals worth mentioning, these stores probably don’t have the wherewithal required to manage a stampede.  At least, not like the big boys down the hill such as Wal-Mart, Best Buy, and heck – probably even Trader Joe’s.  Who doesn’t love discounted cherry tomatoes?!

But with regard to waking up early AND having to drive out of town….well, as my favorite saying goes, AIN’T NOBODY GOT TIME FO’ DAT!  So this morning I arose from my slumber at the ungodly hour of 7:30 a.m., and went to straight to a store I knew would not judge me for shopping butt naked.  Amazon.com.

Allow me to show you how it’s really done….

You can thank me later.

Granny panties for a whopping 60% off??  That’s only 5$ a chonie, which is a great deal considering how much material is required to make each one.  And the fact they use the term ‘hipster’ in the title has convinced me that they’re also sold at Urban Outfitters, and for double the retail price no doubt.  Bam!  This takes care of six of my friends’ christmas gifts.

I don’t know what this is, but at 81% off I knew I had to have it.  Discounts like this don’t just happen everyday, so best scoop up the gem and figure out what to do with it later.

Apparently, not only do I barely have to lift a finger to get Black Friday deals anymore, but the same also applies to getting a rippling six pac.  Gym memberships are fleeting (and expensive), but this magical belt will last a lifetime (that is, if you were an octopus – lifespan 1-2 years).  Either way, I think I’ll wear this while I figure out what to do with my new Rolodex Laptop Stand. 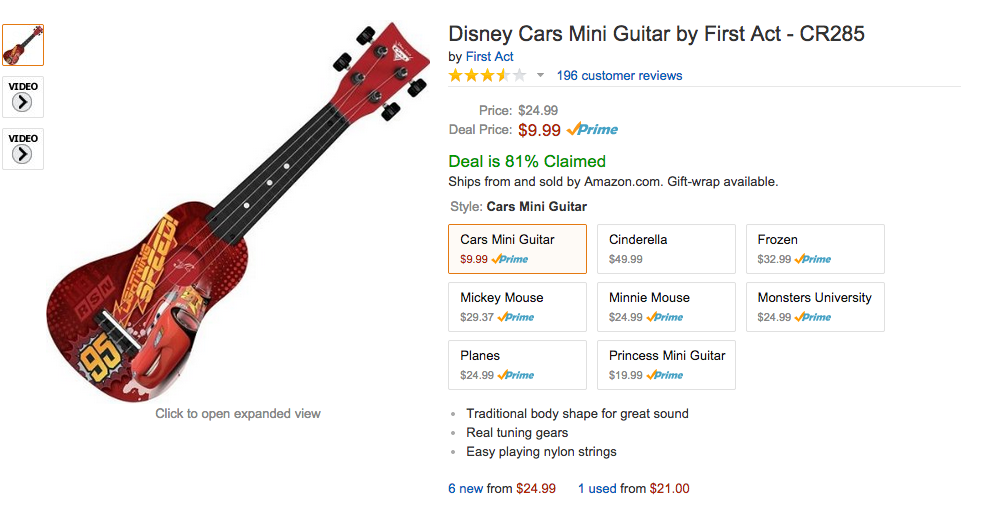 Your friend says they want to learn guitar, but did you know 80% of people who attempt to learn guitar quit after just a few months?  Let me remind you my statistician is a magical elf that lives in my imagination.  Either way, for a mere 10 bucks you can fulfill someone’s dream of becoming a rock star.  Even better, it’s pretty much a two for one special – because with four strings it’s like having both a guitar and a ukelele in one!  BAM!  I’ll take three!

For those of you who don’t already know, I have a hamster named Bubba.  He is dear to me not just because he’s my only child, but he is also our very first intern here at The Tahoe Journal.  Lately, I can’t help but get the sense that Bubs might be feeling lonely, considering he lives in isolation in a glass fish tank in my closet.  Now I’ve found him a new pal for a whopping 50% discount!  And when I’m off puppeteering duty, I’ll just tape him to the side of the cage so Bubs always has a good listener on hand.  You know what they say, you can’t put a price on friendship. 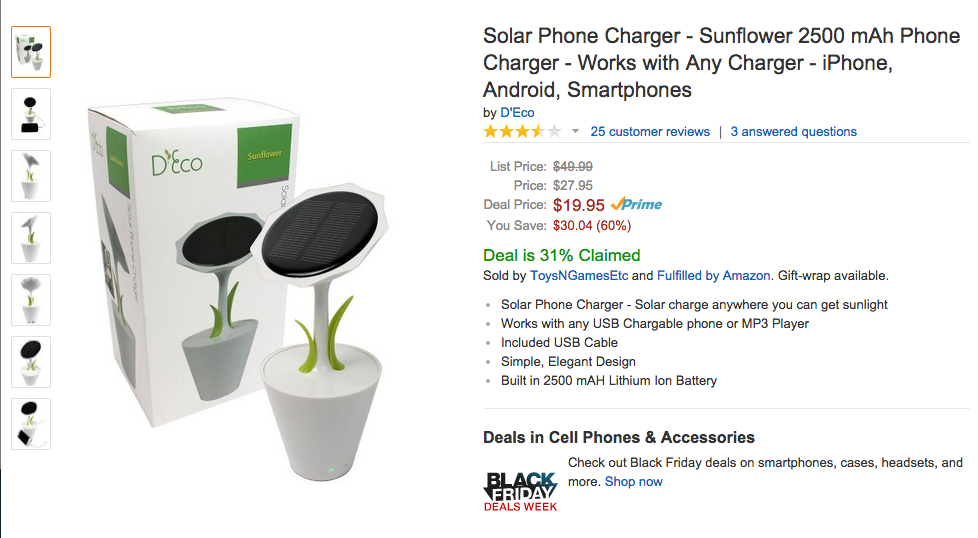 During college my old roomie accidentally broke my vehicle cigarette lighter/DC connector, a tool vital for recharging electronic devices while on the road.  I thought I would never forgive her for this, but now, redemption may be in the cards for Sarah Phillips.  No longer will I be forced to pull over to the nearest Starbucks to reboot my iPhone 4’s crappy battery in order to check how many likes that Instagram pic of my big toe has received.  Nope!  Once I cement-glue this flower-shaped solar charger to the roof of my car, all I’ll have to do is wait for the next stop light, roll down my window, and plug ‘er in!

And that, my friends, is how it’s done!  No need to drive down the hill to get slammin’ deals!  Save yourself the trouble and the potential black eye!

Have a great weekend!