Whether you like it or not, Whole Foods is coming to town. 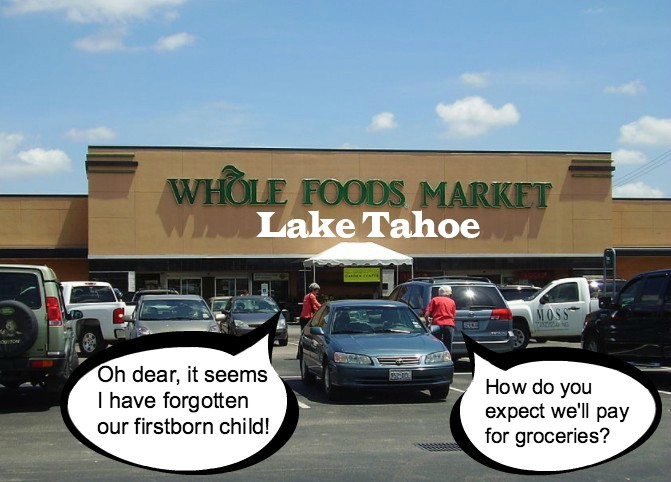 Whole Foods is coming to replace hotel rooms. Yes, hotel rooms. Remember those? No? How about a quick history lesson?

Once upon a time, before Airbnb came to South Lake Tahoe, tourists paid for short-term lodging in establishments called “hotels” and sometimes “motels,” many of which consisted of stuffy rooms decorated with such antiquated relics as “telephones” (see “landlines”), pastel colored comforters and framed posters of 80s paint splatter.

Great, now that we got that out of the way, let’s talk about Whole Foods, which will be built as part of a redevelopment project taking over the Knight’s Inn and that empty parcel of land that’s been haunting the southwest corner of the intersection at Ski Run Blvd and Highway 50 for as long as most of us can remember.

Many consider this to be a big win for South Lake, which they believe is beneficial towards improving what many have dubbed “the ghetto part of Lake Tahoe.” Others believe bringing big business will suck the small-town charm out of our beloved community.

It’s no secret that a Whole Foods generally raises the property value of the surrounding area. It’s also no secret that an apple runs at about the cost of one arm, one leg and your firstborn child.

Either way, it’s elicited all the predictable support/backlash that occurs whenever anything changes in this town. Even the temperature.

Dude has a bad LSD trip and lights car on fire.

There’s a reason yo momma always told you to maintain your distance from drugs. It’s to avoid the inevitable harebrained move that comes from a long night of overdoing it on mind-altering substances, like texting your ex or lighting a car on fire.

Unfortunately, the latter fell true for one South Lake local, who, after dropping too much LSD, came to believe that his co-worker was harnessing the power of the devil to control his mind. He responded as anyone in his situation would: by igniting said coworker’s vehicle to flames.

The worst part of this story? He lit up the wrong car.

50-foot sculpture to take float in Lake Tahoe this summer. 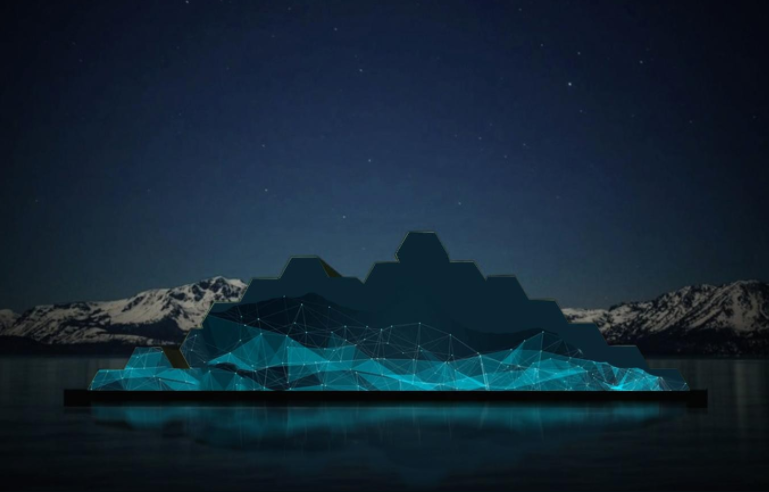 A massive 50-by-25 foot sculpture will take float off two beaches this summer. The temporary exhibit will digitally depict data on climate-related threats to Lake Tahoe, making it the most hipster approach towards raising awareness to ever occur on our lake.

No word on whether or not the sculpture comes with a water slide.

100% renewable energy is no longer just for hippies and tree-huggers.

South Lake Tahoe is determined to become the hip, foreward-thinking community we all like to believe we live in.

City Council unanimously approved a resolution to go 100 percent renewable by 2032, giving South Lake exactly 15 years to get its sustainability sh*t together.

“Our goal at the Sierra Nevada Alliance is to take this, template this initiative, duplicate it, and show other mountain communities throughout the Sierra how this can be done,” said Jenny Hatch, SNA’s executive director. “This is going to say something about South Lake Tahoe.”

Hopefully say something like “Yeah, we know how to party and we’ve got the solar panels to prove it!”