If you like to gamble, just try the Tahoe digital dating scene! 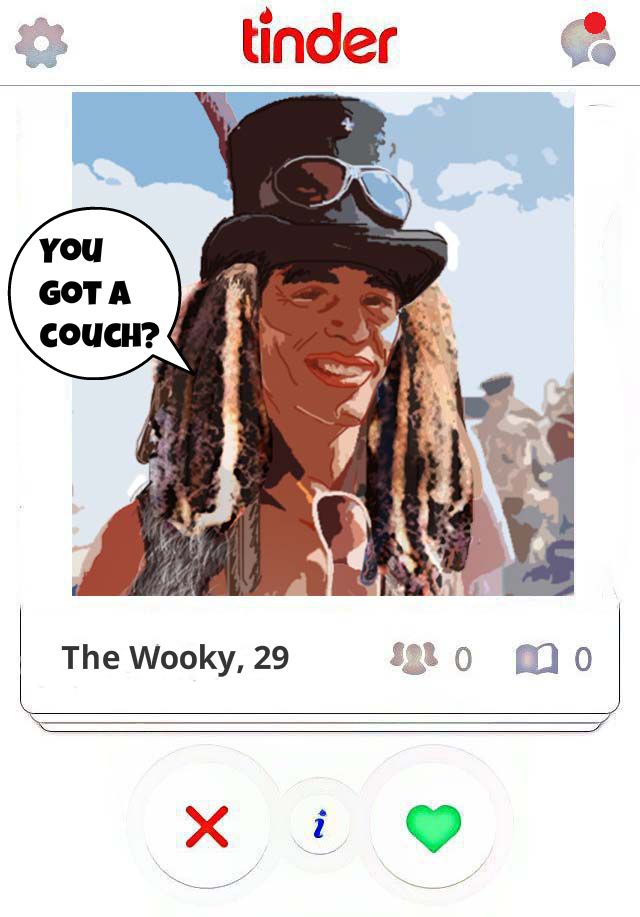 According to a recent article published by the Sierra Sun, Tahoe’s digital dating scene is just as much a gamble as hitting the blackjack tables in Mont Bleau at 4 a.m.

May the odds be ever in your favor.

According to one woman and her friends, the odds of picking up a homeless dude in the Tahoe area are pretty good.

“A friend ended up going out with a man who turned out to be homeless,” a 30-something Incline Village resident said. “Actually, that happened a couple times to various friends.”

Homeless dudes that own smartphones?

Another male digital dater lamented that Match.com and Tinder were just ‘a lot of work with no reward.’

You know, because all that swiping right while laying in bed can really work up a sweat.

What do YOU think about the Tahoe online dating scene?

Lake level gets nice boost. But don’t start running a hot bath yet…. 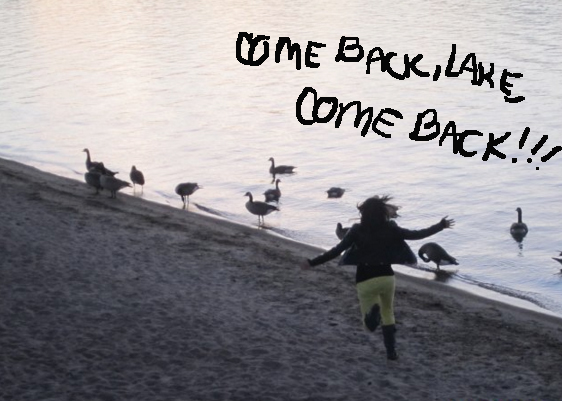 The Sierras have been experiencing a better-than-usual winter so far this year!

According to figures from the Nevada Natural Resource Conservation Service , since December 9 enough water has flowed into the lake to supply 85,000 households for a year.

However, this is no excuse to start filling your kiddie pool for a backyard bubble bath yet. The lake is still 11 inches below the natural rim.

“Until it gets above the rim … none of it is really useful at least in terms of our water supply and irrigation,” said Jeff Anderson, the NRCS water supply specialist who helps prepare the forecast.

Guess we’ll just have to see how March goes.

Either way, we’re STOKED for the amount of water we’ve gotten so far! Let’s stay grateful and keep conserving!

We all have, or once had, a homie like this.

A homie who borrows money, or says ‘he’ll get you back’, then never comes through.

A homie who you always see out (even though you know he’s fucking broke) and wears flashy shit like Ed Hardy.

A homie who flaunts like he’s got all kinds of money, but is a cheap-ass.

A homie who acts like he’s on his way to fame and fortune, but deep-down, you know, homie parties way too much to possibly be accomplishing anything of value.

Hard Rock Casino is that homie in the Tahoe community. 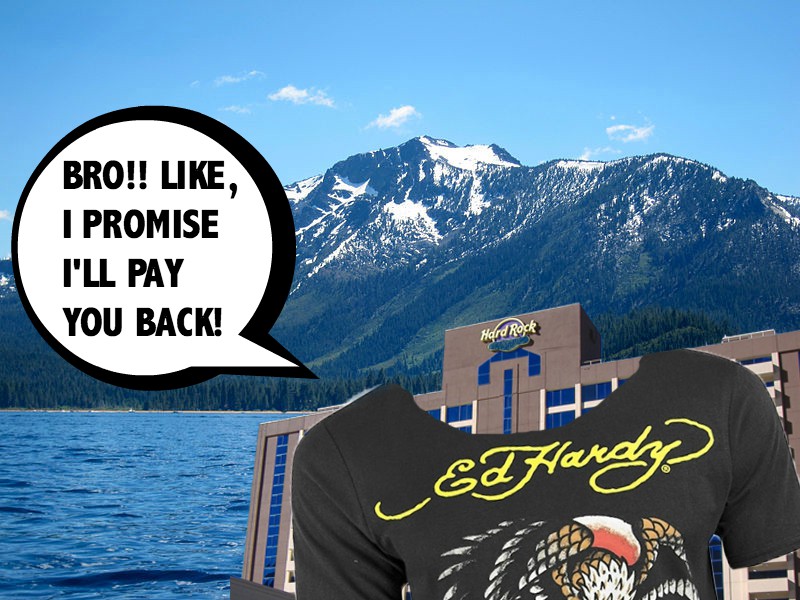 Shit just got real for the Hard Rock Casino, which just got slapped with YET another multi-million dollar lawsuit.

Tahoe Specialty Flooring & Window Design of Tahoe City, a small local business, claims they haven’t been paid so much as a cent for $70,000 worth of flooring work.

“It’s been a struggle for the last nine months. We are not a multi-billion corporation that can take a $70,000 loss without blinking,” explains Coreen Serrano, the owner of Tahoe Specialty Flooring.”I feel betrayed and let down, and it’s not just us, there are many other local contractors that are going through the exact same thing.”

This is the fifth lawsuit against the owners of Hard Rock since opening a year ago.

Not cool, Hard Rock, not cool.

Rumor also has it that the Hard Rock brand name will be yanked if they don’t start pulling in some cold, hard cash soon. Apparently Hard Rock doesn’t want to be affiliated with a casino that has tumbleweed blowing through it every night.