Tahoe’s getting flooded. Bring on the January paddleboarding pics…. 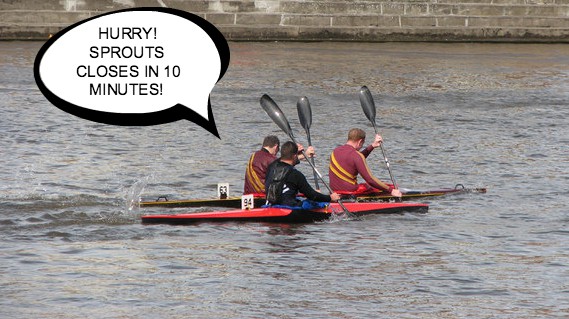 You know how it goes.

Tahoe gets dumped on. Everyone takes snowboarding or car photos. Everyone posts photos to social media. Wash. Rinse. Repeat.

Heavy, HEAVY rainfall right smack in the middle of winter.

According to the National Weather Service, 6 to 12 inches of rainfall is expected around Lake Tahoe between Saturday night and Monday. And with the ground already soaked and heavy snowfall blocking drainage systems, you can expect all that water to end up right where you hoped it would: Highway 50 and your basement.

Time to bust out that paddleboard and get some Instagram gold! Because honestly, when’s the next opportunity you’ll have to snap a photo paddling down Rio Highway 50?

*Gasp* Underage drinking at SnowGlobe? Why, we… NEVER!

According to a recent article by the Trib, cops were busting underage drinkers left and right at SnowGlobe Music Festival this past weekend.

That’s right, wee tots under the age of 21 were getting their drankity drank on.

According to police reports, 148 kiddos were caught red-handed with the sauce. Just over half those citations were issued on New Year’s Eve alone!

So, what’s the penalty in California for drinking or possessing a frosty PBR if you haven’t made 21 trips around the sun yet?

A $250 fine and 24 – 32 hours of community service (most likely cleaning crusty toilets at Kahle Community Center). A conviction also results in a one-year driver’s license suspension. Looks like someone’s taking the bus again!

Moral of the story: don’t ever, ever drink alcohol at a music festival.