Over a Slice— An Interview with A.J. Marino 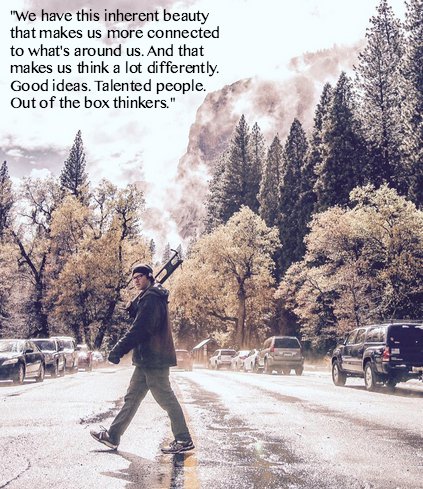 Morning Facebook scrolls can sometimes leave me very unsatisfied. That was not the case last Wednesday when I stumbled upon Home: A 4K Tahoe Time-lapse Film. I’ve seen them before, we all have, but this one was different. From the moment the film began, the flowing movement, along with the bass track, sucked me right in.

I thought this one’s gonna be a winner.

As landscape led to lakes and stargazing to sunsets, I felt all the love I have for Tahoe welling up inside of me—and I’m not an emotional person. But the clincher was the oh-so-appropriate hook (which I can’t stop singing)…

[su_spoiler title=”Music Fact”]A.J. knew back in 2011 when he watched Poor Boyz Productions award winning ski flick, The Grande Bizarre, and heard Nelson B.C. underground hip hop artists Lokal Motif’s song “Back Home” that it made him think of Tahoe. He downloaded that little gem and tucked it away for a later date. September 7th is that date, when it won out over five other songs as the track for Home.[/su_spoiler]

I met up with A.J. Marino Over a Slice at Sierra Pizza to get a deeper view on Home, its inspiration, production, supporters and what the project means to him. After a quick intro and firm handshake we got down to the real.

A.J. is a Tahoe local, born in ’97 at Barton Hospital and raised in the Meyers community. He’s a 2015 graduate of South Tahoe High and co-founder of the Tahoe Media Collective alongside STHS senior Cameron Daniels. After watching this cinematographic creation I imagined the filmmaker to be a college film student. But nope, just another young Tahoe go-getter, a dreamer, a do-er; juggling school, jobs, friends. Just trying to find enough time to make his time-lapse visions a reality.

Time-lapse is NOT just photography. Hell, if it was easy everyone would do it. It’s something that A.J. describes as an art. “I’m not a photographer,” he says, and I can see excitement in his eyes about what he’s going to say, “I’m a cinematographer and do time-lapse photography. I’m taking 300 to 1,000 photographs per time-lapse, a photo every two seconds. And I spend as much time on the editing as on capturing the time-lapse.”

Equipment carried (lbs. or list) tons of equipment worth 10K 40-50 lbs. depending on shot, 2 DSLR bodies, lenses, syrp genie, tripod slider and all the gear that goes with it.

Sherpa help – friends have helped me a lot, they ask to help

His first attempt at a time-lapse was a few years back in Emerald Bay. It was the commitment to the plan that he remembers most. Getting up at 4am to catch the sunrise before school, hiking up the trail with 50 lbs. of gear to make it happen. During the making of Home A.J. shot at least 200 time-lapses and only 25 of these made the final edit. His first one was not one.

“Not all of my attempts have been a success,” he stops to think about his next words. “Failure is hard, to spend all that time. It sucks. You put in a lot of hard work to shoot something and it doesn’t work out like you thought.” He didn’t know when he began taking time-lapses that he would create Home two years later.

What was the inspiration for “Home”? Simply stated, “Tahoe”. A.J. also watches a lot of Justin Majeczky  and Tom Lowe’s time-lapses for inspiration. He really wanted to create a film about Tahoe and the biggest motivator was himself.

“I’m a part of this community, Tahoe is a laid back town. Everyone is on ‘Tahoe Time’. We have this inherent beauty that makes us more connected to what’s around us. And that makes us think a lot differently. Good ideas. Talented people. Out of the box thinkers. I’m gonna miss Tahoe.”

But who didn’t love when the credits rolled and he thanked his parents, Jim and Lori Marino. “They have been the biggest supporters. Allowing me the ability to make independent decisions for myself.”

Both his parents work for the City of South Lake Tahoe. His dad, Jim Marino, is the assistant public works director and currently the project manager overseeing the new Bijou Bike Park, and his mom, Lori Marino, is the finance department’s associate management analyst. Did I mention that A.J.’s little sister Leah moved to Seattle this year as a sophomore to pursue her dream of being an Olympian for the US Hockey team? Parents, you did good.

From his summer working at Whattabike (to pay his parents back for his first camera) to his final project for Mountain Resort TV (Park Reports – a series documenting Michelle Parker’s life in Tahoe – coming out soon), A.J. feels he has learned from those around him. He credits Montana-raised photographer and Lite Pro Gear Crane owner Canyon Florey as a mentor. “I had the opportunity to use one of Canyon’s cranes in Yosemite. He invited me to be an intern and I learned how to use the equipment. That was the same time I began time-lapse photography. I built a lot of cranes that summer.” He also mentions locals Tim Peare and Ian Ruhter as others who have influenced him. 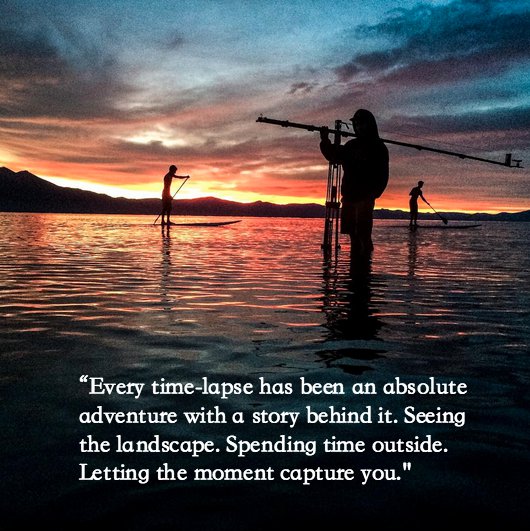 I reached out to Canyon and asked him what he thought about AJ and his art.

“AJ is a extremely talented camera operator. He is great at shooting video, photos, and time-lapse. I can’t wait to see what this kid produces in the future.”

A.J. said goodbye to Tahoe with a time-lapse video that captured the hearts of a community. He’s off on a new adventure with a group of lifelong buddies to Salt Lake City. He plans to attend SLCC to study marketing, a “fall back”, and land a job in cinematography while he continues to create time-lapse of the Utah landscape and make ski videos.

In five years he sees himself working for a cinematography company like Teton Gravity Research, Sherpa Cinema or Camp Four Collective. 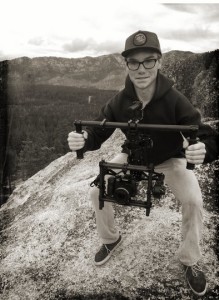 to seeing more from A.J. He says that there is definitely another Tahoe tribute time-lapse in the future but since he just finished with this one he hasn’t had much time to think about it.

A.J. would like to thank sponsors currently helping him out with gear Lite Pro Gear, Mountain Smith backpacks, Guayaki Yerba Mate, and of course, Jim and Lori Marino.

Previous articleTahoe Nude Beaches: 5 things I learned from my trip to the naked east shore.
Next articleTahoe Through the Years! Celebrating 50 Years of Greatness!

12 Truths Only a Tahoe Local Would Understand.

—By Jangles and Meech— 1. It's all about living a big life on a low budget! We don't make a ton of money, but we live...
Read more
Adventure

By Jesse Plate— I've lived in Tahoe for a year and a half. In most comparisons with my former hyper-urban residences (Boston and New York...
Read more
Outdoors

Hiking the Cordillera HuayHuash Without a Guide

"I realized with a start that despite twenty years of climbing mountains all over the world, the Cordillera HuayHuash was still the most beautiful...
Read more
Load more
Facebook Instagram Twitter Youtube
© Copyright Tahoe Journal 2020