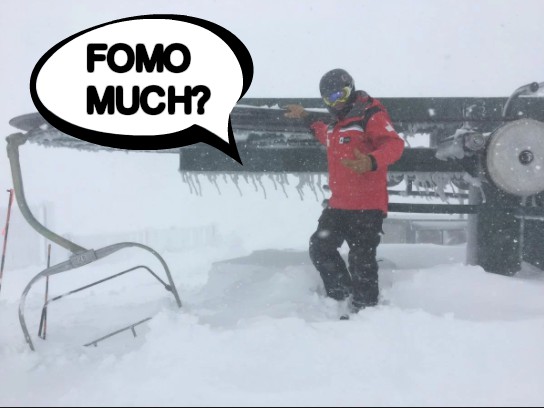 January has been quite the month for Lake Tahoe.

If you’ve got a pulse and two eyeballs you may have noticed the recent profusion of snow/shoveling/dog-frolicking-through-powder photos and videos on social media.

Indeed, Snowpocalypse 2017 is upon us.

According to the National Weather Service, snowpack above 6,000 feet hovers at about ten feet, while various resorts are boasting more than double that!

Sierra-at-Tahoe has gotten almost 24 feet of snow this season—that’s three and a half Shaquille O’Neils stacked on top of each other! Heavenly is claiming 30 feet, while Kirkwood wins with a total of 31 feet for the season thus far. *golf claps*

On Monday, Gov. Jerry Brown issued a state of emergency for 50 counties, including El Dorado, which means Tahoe can expect some cash flow from Big Daddy Cali’s wallet to help rebuild.

So, is there such a thing as too much snow?

We’ll leave that up to you to decide.

According to photographic evidence found on Instagram, a Yeti has been making its rounds through the Tahoe area. No confirmation on whether it was in search of pow or pickles.

As seen here, the Yeti was spotted at Sierra-at-Tahoe’s west bowl. 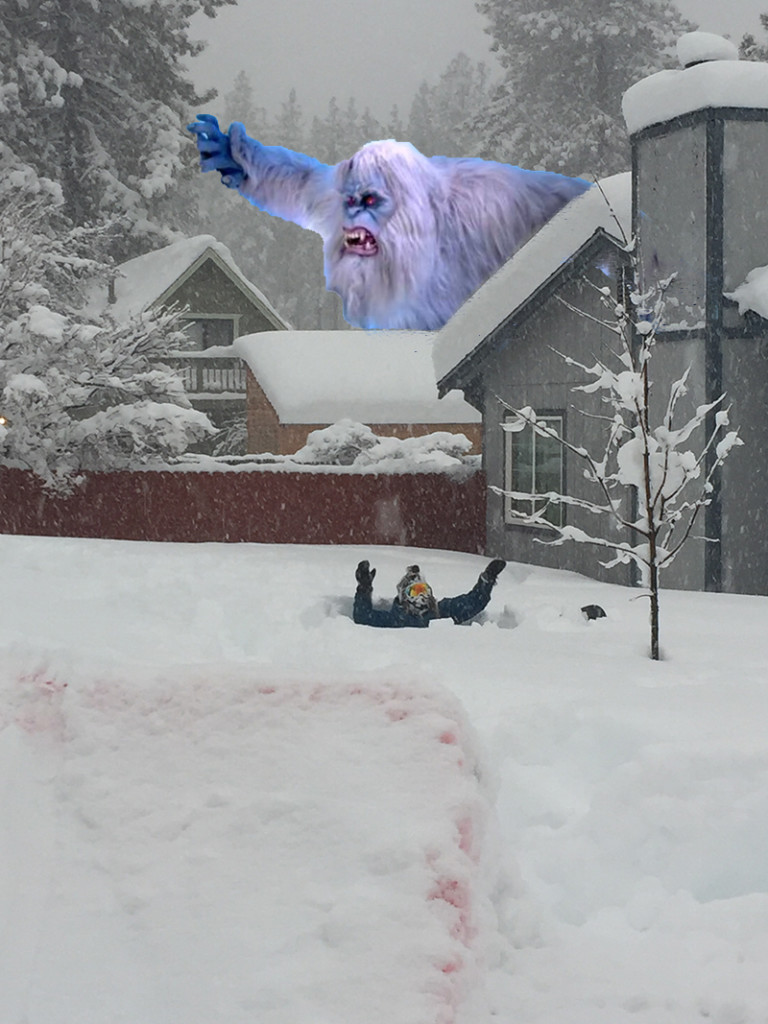 This image suggests that the Yeti may have been dancing along to the Bee Gees “Stayin’ Alive”. 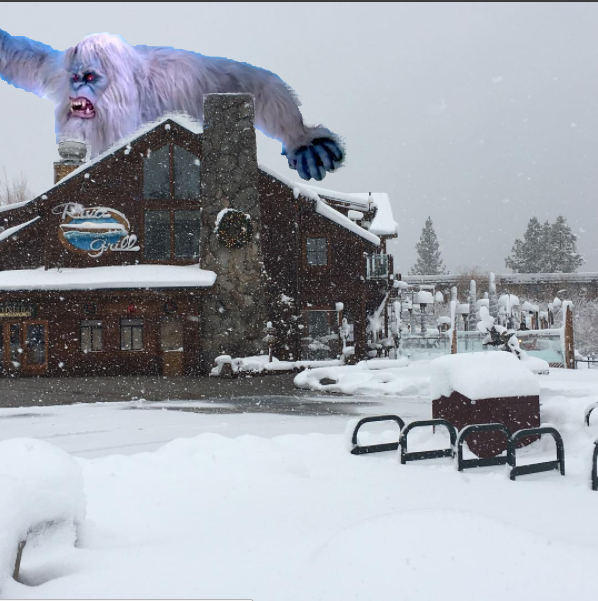 Research suggests that Yetis have a penchant for fruity cocktails with a high percentage of alcohol, hence why our big-footed friend was spotted at Riva Grill, home of the Wet Woody cocktail.

This photo was taken at Heavenly Resort. It is believed that the Yeti was in search of fresh pow.

We lost a great man this week.

On Tuesday morning, Joe Zuiches, 42, was running his avalanche control route at around 8:30 a.m. when a sudden explosion took his life. It is known he was carrying an undisclosed amount of ammonium nitrate based charges at the time of the incident.

“Our patrollers are among the most professional, quite literally, in North America if not the world.” said Andy Wirth, president and SEO of Squaw Valley. “And Joe was considered one of the best of the best that are on patrol.”

He is survived by his wife and infant son.

If you’ve got a couple of extra bucks you could spare, please consider taking the time to donate to his GoFundMe page.