Your favorite summer music series is BACK! And this year Live at Lakeview kicks off with The Raymond Victor Band!

If you’re a fan of blues music, then watch out, because Raymond, his flowing white beard, and his music brigade are going to bring down the house with musical stylings that will make Miles Davis tap his toes in his grave. 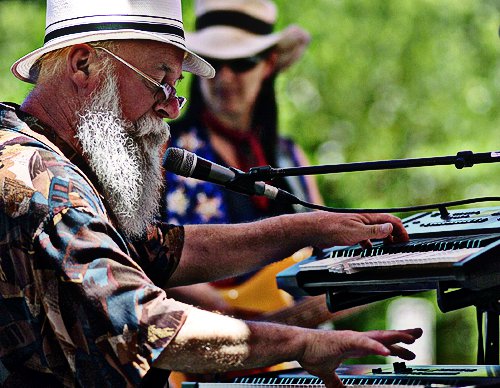 If you haven’t heard the RV band yet, well, you’re missing out!

Raymond is from Chicago, arguably the home of blues music, and he was practically raised on a piano.

He’s got 10 years of studio experience, a killer inheritance of musical genes (dad was a guitar player and mom sang and danced), and did we mention that amazing beard?

Ray’s been jammin’ out for so long he probably does his grocery list while recording another one of his award winning singles (“Spirit of the Blues” was picked up by a syndicated blues show with a listenership of over 6 million. NBD.)

And the guy can name drop.

Did we say name drop? We meant name bomb.

Ever heard of Stevie Wonder? Possibly? Let’s just go ahead and add Sly Stone, Bobby Womack, Larry Graham, and the BG to that list—all people he’s shared a recording studio with. 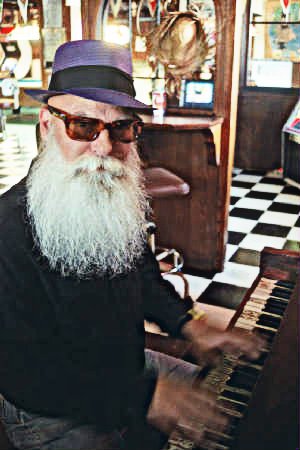 Behind that glorious beard and wicked hat lies the musical genius of blues brotha’ Raymond Vic.

Buddy Miles, Garth Brooks, Buddy Guy, Canned Heat (sounds like the name of a hot sauce, right?), and Lou Rawls—yeah, Raymond’s opened for all of them.

Accompanying Raymond will be Diane Dutra, who will be rocking it on the bass, and Marcus David, who will be dropping the beats on the drums.

As if a live performance of whole-grain Chicago-style blues music against a killer sunset backdrop isn’t reason enough to pedal on over (you know, because there will be FREE bike valet, holla!), there will also be:

And there will be even MORE free entertainment at Live at Lakeview (the stuff they don’t put on the flyers!) including:

Also, make sure you look good, because you’re bound to run into an ex or two (ya’ll know it’s true).

Where is this shin-dig?
Lakeview commons (Corner of Lakeview Avenue & Highway 50).

To stay up to date on the Live at Lakeview haps, head on over to their facebook page!

For some hilarious Lake Tahoe Yo Momma jokes involving a good time at Live at Lakeview, click on the link!!