Word on the streets of Tahoe is…… 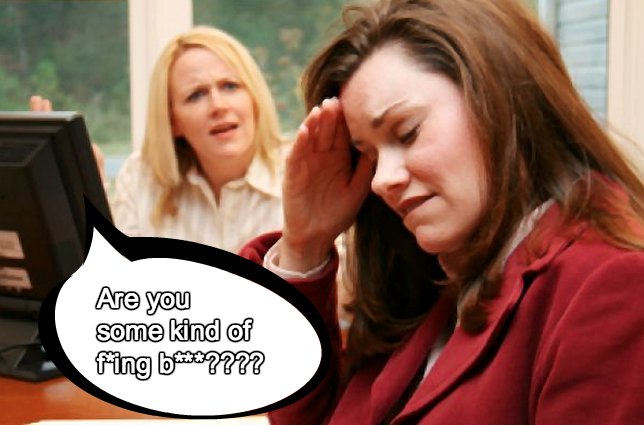 Referring to your co-worker as a f* b* is bullying. Not cool. Never cool.

Well, well, what great news to start off with.

It appears a South Tahoe City councilwoman, JoAnn Conner, has been banned from communicating with city staff members—and vice versa. When contacted by the Lake Tahoe News about the matter, Conner didn’t seem to know about it!

Ah, communication within our local government. If you want to read the full news story, here it is.

To sum it up for you in words you’ll understand:

This woman on the city council, JoAnn Conner, has been going around cussing out individuals at the work place. According to sources, she often refers to co-workers using “colorful words”— words, which we later find out, include such gems as “f*cking b*tch”.

Ah, nothing like some good ol’ fashioned professionalism in the office.

So how did this ban take place?

It appears it was City Manager Nancy Kerry’s review last week that threw the cussaholic under the bus. She refuses to admit it, however, publicly stating she doesn’t know why Conner is being “singled out.”

Others don’t seem to have a problem calling Conner out, describing her as short tempered and quick to use verbal and written abuse. Well, at least she doesn’t go around carrying guns in the workplace or anything.

It seems that for years co-workers have felt hesitant about the temperamental Conner lugging around a concealed weapon to the work.

In conclusion, all thanks goes out to City Attorney Tom Watson, who is the ONLY person allowed to communicate with city councilwoman Conner from here on out.

She still has a year to fulfill her current term. It’s going to be one heck of a year for you Mr. Watson—we wish you the best.

One less ski bum in Oregon! 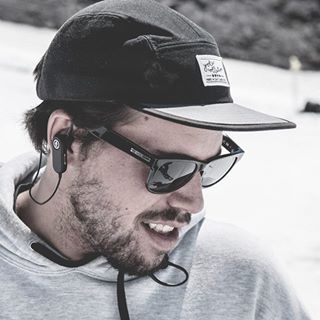 Tahoe local Jason Arens is the new director of marketing at Windells.

Hallelujah, he got a job! J/K! He’s killing it!

A graduate of South Tahoe High and Sierra Nevada College, Arens is also a ski coach and competitor.

“I have been going back to Windells every year since I was 18, and to be able to work full time at the place that has been my summer home for so long is a dream come true.”

If you’ve been to Sierra at Tahoe you may have seen Jason having fun in the park. He’s known for being very outgoing, always smiling, and just out to enjoy a solid day on the mountain. He attributes his passion for skiing to the Tahoe ski culture and its influence on his life.

“I have always admired those who have been able to turn their passion into their profession, and I am excited to work with a brand and an industry that I feel so invested in.”

Jason is not new to Windells. He has been many times as a camper as well as to work various positions.

“Over the last seven years, I have seen just how impactful this camp has been to snow sports and I look forward to continuing to make an impact.”

We extend a huge CONGRATS to Jason and wish him the best in his new endeavor.

Do you like big, organic melons? Yes, yes you do. 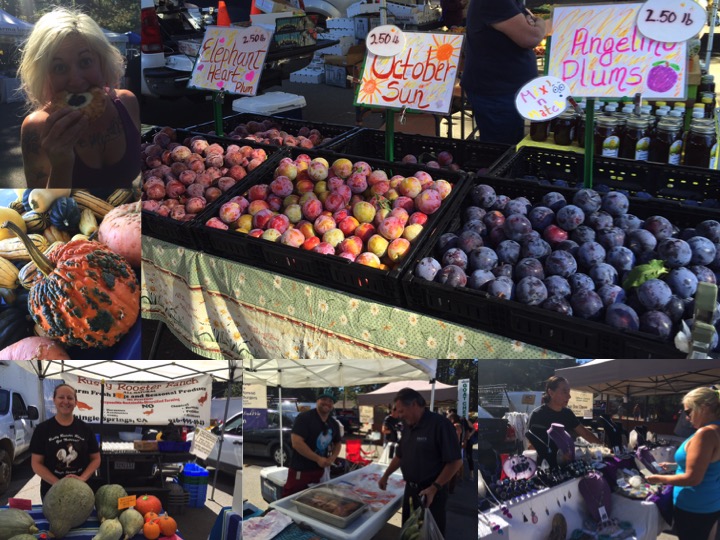 The Tahoe American Legion Tuesday Farmer’s Market will be continuing through October!

Satisfy all your harvest needs with freshly picked fruits, including peaches, pluots, pears, melons, veggies and squashes—oh my! 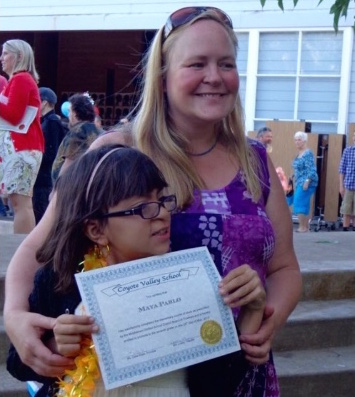 Local jewelry maker Michael Runningbear is asking the community to support his family who lost their newly remodeled home in Middletown to the Lake Valley fire. A Go Fund Me account has been set up and all of his jewelry sales are going to help his family.

Donations in the form of cash and items are needed for many fire victims throughout California. Items including toiletries, baby diapers/formula, blankets, are always needed.

The Tahoe Wellness Collective in the Bijou Center is keeping a list and collecting donations that someone delivers weekly.

Is that really necessary?

The Snoflake Drive-In has been the brunt of much debate amongst locals as of late. The establishment seems to be steadily losing support from the very ground upon which it once stood—the community.

Unfortunately, since new management has taken over, many feel that the quality of food and service has taken a plunge over recent years. Aside from disgruntled talk through town, a cursury Yelp search seems to reveal a rough year for Snoflake.

Now the owners have recently applied for a liquor license, leading to a split of support within the community.

Many feel reluctant to the idea of this “family restaurant” becoming a drinking hole. On the other hand, there are those who just to have a beer with their burger .

Then there are those who just don’t give a shit either way.

Does anyone care about the Snoflake Drive In? Locals, do you eat there? We want to know. Tell us your thoughts on whether you think the Snoflake had been blowing it, or doing just fine.